In August, German epic metal heroes EQUILIBRIUM will unleash their pagan fury once again – on their very first EP to date.

Produced by guitarist René Berthiaume in Helion Studios and mixed and mastered by the Resetti Brothers – namely Joerg Umbreit and Vincent Sorg – in their Principal Studios, »Waldschrein« encompasses the brand-new title track and an acoustic version of the same song plus a re-recorded and extended version of `Der Sturm´ from »Turis Fratyr« (originally sung by ex-vocalist Helge Stange, now by front man Robse Dahn). Moreover, it contains `Zwergenhammer´- a previously unreleased older song – as well as an amazing cover version of famous video game “Skyrim”’s opening theme.

The band commented:
“We’re really looking forward to release this EP, because we all have to wait until next year for our next full-length album to be released. This makes it the perfect chance to release some songs and recordings that didn’t make it on any regular album because they are so exclusive. The best thing yet is that with “Waldschrein” we can provide the fans with a little foretaste for what expects them in 2014!”

Equip yourselves with plenty of ice-cold wheat beer, for »Waldschrein« is gonna bring you one hell of a hot summer!

„Waldschrein“ will be released August 16th via Nuclear Blast. 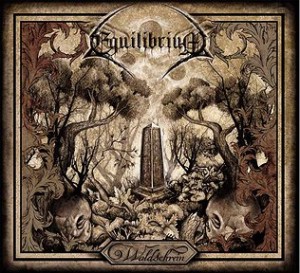